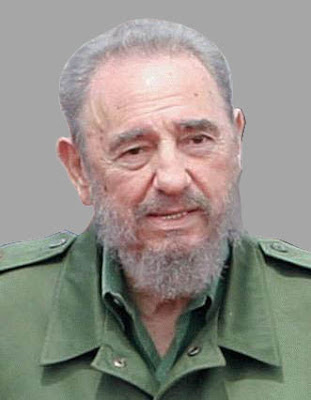 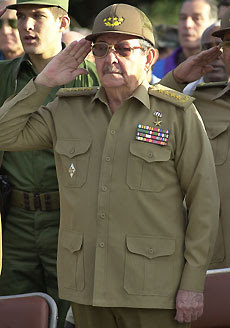 By his first wife Mirta Díaz Balart, Castro has a son named Fidel "Fidelito" Castro Díaz-Balart. Díaz-Balart and Castro were divorced in 1955, and she remarried. After a spell in Madrid, Díaz-Balart reportedly returned to Havana to live with Fidelito and his family.[145] Fidelito grew up in Cuba, for a time, he ran Cuba's atomic-energy commission before being removed from the post by his father.[146] Díaz-Balart's nephews are Republican U.S. Congressmen Lincoln Diaz-Balart and Mario Diaz-Balart, vocal critics of the Castro government.

While Fidel was married to Mirta, he had an affair with Naty Revuelta resulting in a daughter named Alina Fernández-Revuelta.[146] Alina left Cuba in 1993, disguised as a Spanish tourist,[147] and sought asylum in the United States. She has been a vocal critic of her father's policies.

Castro is reputed to have other children by other women.

During his days in the Sierra and up to her death in 1980, Castro was linked romantically with fellow rebel Celia Sánchez, though support for this theory isn't as common as it was.