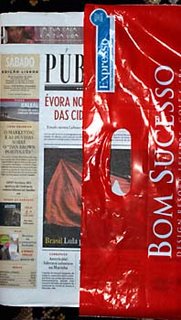 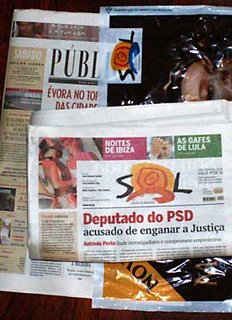 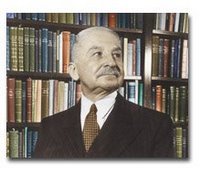 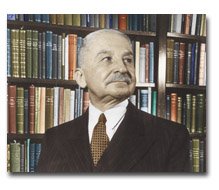 "Governments become liberal only when forced to by the citizens" 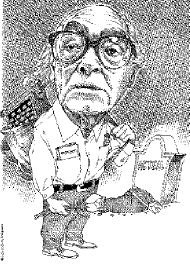 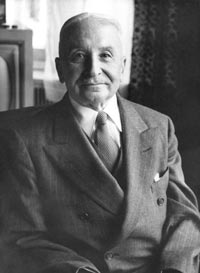 Fogel's most famous and controversial work is Time on the Cross a 1974 two-volume quantitative study of American slavery co-written with Stanley Engerman. In the book, Fogel and Engerman argued that slaves in the American South lived better than did many industrial workers in the North. Fogel based this analysis largely on plantation records and claimed that slaves worked less, were better fed and were whipped only occasionally. Time on the Cross created a fire-storm of controversy, and many mistakenly considered Fogel an apologist for slavery. In fact, Fogel objected to slavery on moral grounds; he thought that on purely economic grounds, slavery was not unprofitable or inefficient as previous historians had argued, such as Ulrich B. Phillips. A survey of economic historians concludes that 48 % "agreed" and another 24 % "agreed with provisos" with Fogel and Engerman's argument that "slave agriculture was efficient compared with free agriculture." In addition, 23 % "agreed" and 35 % "agreed with provisos" with their argument that "the material (rather than psychological) conditions of the lives of slaves compared favorably with those of free industrial workers in the decades before the Civil War."

A ESQUERDA FOLCLÓRICA é a mesma em toda a parte... 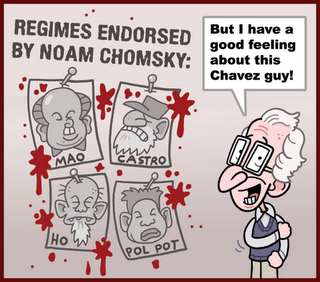 Miguel Madeira, a propósito do relatório do WEF escreve:

* Agriculture contributes about 2% to the Gross Domestic Product of the 30 OECD countries. Farmers in these 30 countries receive support in various ways equivalent to 1.1% of their GDP.

* Food prices measured at the farm gate in OECD countries are 30% higher than in international trade.

* Public support for farmers in OECD countries costs a family of four on average nearly 1,000 USD per year in higher prices and taxes.

* More than 70% of farm support in OECD countries is provided in the form of trade distorting market price support and payments linked to production, all of which are inefficient in terms of bolstering farm incomes: Of every $1 in price support, only $0.25 ends up in the farmer's pocket as extra income. The rest is absorbed by higher land prices, fertiliser and feed costs and other factors.

* In most OECD countries, farm households have higher-than-average incomes.

* The biggest and richest 25% of farmers receive 90% of all support provided in the U.S. and 70% in the EU. Tens of thousands of small farm households benefit little from current farm policies.

* Nearly all OECD countries apply tariffs on certain agricultural imports that exceed the value of the product.

* Brazil provides less support to its farmers than any OECD country except New Zealand. China gives only slightly more, exceeding only New Zealand and Australia among OECD countries.

* About 75% of the world's poor live in rural areas, and many are dependent on agriculture.

* Cutting all agricultural tariffs and subsidies by 50% would set off a chain reaction in realignments of production and consumption patterns across economies that OECD analysts estimate would add an extra 26 billion USD to annual world income, equivalent to just over four dollars a year for every person on the globe.
Fonte: OCDE
Publicada por Gabriel Silva à(s) 20:46

The world today is a vast reservoir of potential opportunity. New jobs in environmental technology, the creative industries, financial services. Cheap goods and travel. The internet. Advances in science and technology.

In 10 years we will think nothing of school-leavers going off to university anywhere in the world.
But with these opportunities comes huge insecurity.

In 1997 we barely mentioned China. Not any more. Last year China and India produced more graduates than all of Europe put together.

10 years ago, energy wasn't on the agenda. The environment an also-ran.

10 years ago, if we talked pensions we meant pensioners.

«And of course, the new anxiety is the global struggle against terrorism without mercy or limit.

This is a struggle that will last a generation and more. But this I believe passionately: we will not win until we shake ourselves free of the wretched capitulation to the propaganda of the enemy, that somehow we are the ones responsible.

This terrorism isn't our fault. We didn't cause it.

It's an attack on our way of life.

It has an ideology.

It killed nearly 3,000 people including over 60 British on the streets of New York before war in Afghanistan or Iraq was even thought of.

It has been decades growing.

Its victims are in Egypt, Algeria, Indonesia, India, Pakistan, Turkey.

Over 30 nations in the world.

It preys on every conflict.

It exploits every grievance.

And its victims are mainly Muslim.

This is not our war against Islam.

This is a war fought by extremists who pervert the true faith of Islam. And all of us, Western and Arab, Christian or Muslim, who put the value of tolerance, respect and peaceful co-existence above those of sectarian hatred, should join together to defeat them.

We used to feel we could shut our front door on the problems and conflicts of the wider world. Not any more.

Not with globalisation. Not with climate change. Not with organised crime. Not when suicide bombers born and bred in Britain bring carnage to the streets of London . In the name of religion.

A speech by the Pope to an academic seminar in Bavaria leads to protests in Britain.

The question today is different to the one we faced in 1997.

It is how we reconcile openness to the rich possibilities of globalisation, with security in the face of its threats.

I cannot project the degree of hatred required to make those women run around in crusades against abortion. Hatred is what they certainly project, not love for the embryos, which is a piece of nonsense no one could experience, but hatred, a virulent hatred for an unnamed object...
Their hatred is directed against human beings as such, against the mind, against reason, against ambition, against success, against love, against any value that brings happiness to human life.
In compliance with the dishonesty that dominates today's intellectual field, they call themselves "pro-life"
Publicada por CAA à(s) 13:38 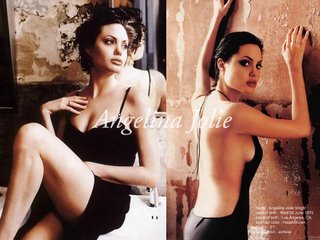 Angelina Jolie is set to star in the film adaptation of Ayn Rand's iconic tome "Atlas Shrugged" for Lionsgate. 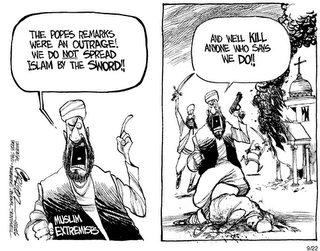